Before the many races, there were many worlds, with many gods. The night skies were filled with the distant twinkling of a million worlds, and the moons, Agha & Ngila , danced in front of them, just as their namesake. But that ended.

Some say the gods of the million worlds warred, blackening the sky, while others believe the people of those worlds doomed themselves, leaving only our world, the Dancing Moons, and the 8 remaining stars, held in the sky by the gods that haven't left us. Many Races inhabit the diverse lands of Kadoor to varying degrees of prosperity or conflict. While wars come and go, now is a relatively peaceful era.

The Many Races formed the Lasting Council 799 years ago, and it has maintained relative peace for the duration. Located in the capital city, Gygax, the Lasting Council gathers for a variety of reasons, but none more notably than the Bountiful Day. Gygax is home to close to 2 Million people, with each race represented by a robust cultural center designed by some of the greatest architects from each culture. While it is one city in spirit, it's just as equally 12 smaller cities, each blending seamlessly into others.

One would notice the high walls surrounding the city; these are holdovers from before the Lasting Council but are maintained by each race's district, and as such, are very distinct from one another, especially from within the city. While immense in size, both the walls and the Lasting Council Chambers will be visible to you at all times, at least in part, so getting lost is quite unlikely. But, do be careful where you tread, because even though the Lasting Council has brokered peace for centuries, crime still exists, and a coin purse is no safer within the walls than outside them, if left unattended.

The 800th anniversary of the Lasting Council was to be a very special occasion for the 800th year of peace and prosperity since the Council's inception. To mark this occasion, each race had tasked their greatest artists to erect statues of their most influential councilpersons, which were to be placed atop each race's column outside the Council Chambers. The unveiling was set to take place in the month of Esul. 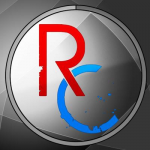